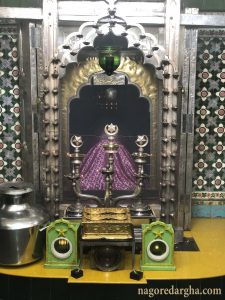 On that day Manikapur did not know. That we were going to get the king. According to the Arabic calendar, in the year 910 AH, on the tenth day of the month of Jamaat al-Aqir. Nagore Aandavar (Saint) was born in the flower world. The gift given by God to the wipe away. The tears of the people the world was made by The Great (Saint) Nagore Aandavar Hazarath Kuthubul Akthab Fardul Ahbab Syedus Saadhath Syedina Shahul Hameed Kadir Oli Ganjasavoy Ganjabuksh Badhusha Nayagam. They were born in the holy land of Manikapur. Days moved Syedina Shahul Hameed Kadir Oli Ganjasavoy Ganjabuksh Badhusha Nayagam They grew day by day with beautiful appearance and graceful nature. In childhood, when the children of the same age were involved in play, they would sit alone and think about God. Nagore Andavar (Saint) They were the least talkative in their youth The power to summarize and explain to (Saint) Nagore Aandavar was immense. The (Saint) Nagore Aandavar desire to reach the Lord increased as they grew older so the Lord longed for their spiritual guide.

This 5 metal chain in the hand of
Badushah Nayagam
was a gift from Allah to the
Nagore Nayagam by
the Prophet Hiliru
(peace and blessings of Allaah be upon him).

Halarat Shahul Hameed Nayagam
They stayed in Chilladi
for 40 days at Chilladi on
Nagore beach.

Hazrat shahul Hameed Nayagam They took
the Fakhir Mars and dug a pit for 40 days at a
place called Vanzur below where they were buried.

This large minara was built AD 1763
by the Saint of Nagore during the reign
of Pratap Singh Maharaj, the ruler of Tanjore.

It is located at the eastern gate of Nagore Dargah
and is the place where pilgrims complete their haircut.

These rooms are located in Nagore Dargah
Inside and are called 'vaalai'.

This salt well is located inside
the Nagore Dargah and is a place
where pilgrims coming to Nagore Dargah
pour their salt and pepper to cure
incurable diseases.

The majestic Mudubakku Mandapam,
located in the north-eastern corner of the Nagore Dargah,
is the place where Saint Hazrat Nagore was foretold by
Allah through the Prophet (peace and blessings of Allaah be upon him).

This place is located in the eastern part of
the interior of Nagore Dargah and is
open 40 days a year during
the month of Muharram and its doors are open.

The garden is a sight to behold for
most visitors to Nagore Dargah.

The gate got its name from the fact that it is located in
the capital of Saint Nagore and is surrounded by mostly Sahib houses.

This gate, which is the next gate of Saint Nagore,
is so named because the eastern gate is located on the east side.

Another gate of the Saint of Nagore is
the Cattle Gate which is always bustling.

The first of the four (aalangara vassal)
gates in Nagore Dargah is
through this ornamental gate.

The good thing about building the third minara of the Saint of Nagore was
that the Maraikkayars and their beloved Sinekidar Peer Nainar completed
the construction of the old mansion on the back side of the lord.
which was built around 1110 AH in 1698 AD.

The Saint of Nagore came to them at Parangipettai with a
nobleman named Dawood Khan who came and completed
the construction of the Fourth Minute Drive Tower
which was built around 1137 AH in 1724 AD.

This large minara was built AD 1763
by the Saint of Nagore during the reign
of Pratap Singh Maharaj, the ruler of Tanjore.